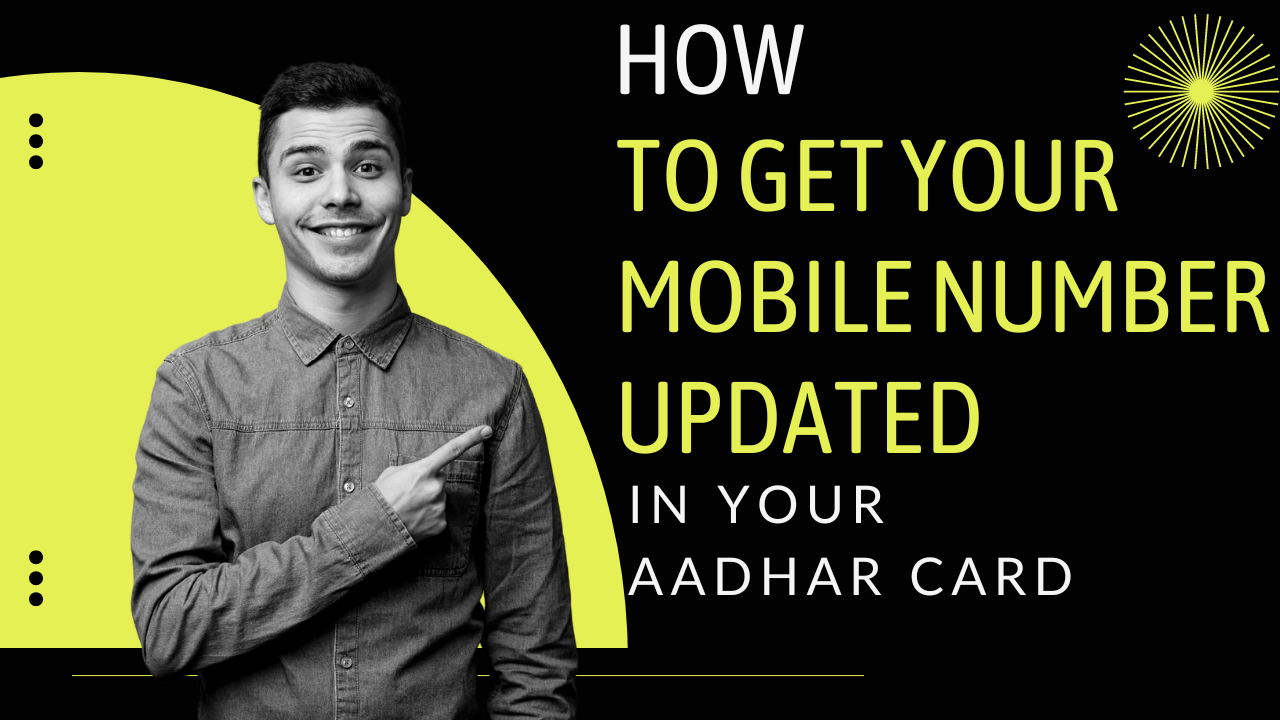 What is an Aadhar Card? Why do we need it? What is it used for? An Aadhar Card is an identity symbol issued by the Government of India with a unique identification number for every individual. Even after being such a significant proof of identity in India, it is yet not considered a proof of citizenship. Then what are the purposes it serves?

Having so many perks, Aadhar card is significantly a must have document for every Indian. But to bring in your knowledge, there are several services that you can avail only when your Aadhar card is linked to a mobile number.

In today’s time when changing a mobile number is not a big deal, some people do it often while some do it occasionally or whenever needed. In such cases, it becomes important to update your currently working mobile number in your Aadhar card. Now let’s jump on to the topic of how we can do it?

Well, earlier there used to be more than one way to do it. Even an online facility was available, so every person could have done it on their own. But now things have changed. Today if you want to update any information, including your current mobile number in your Aadhar card, then you have to go to your nearest Aadhar centre to do so. The employees working in the government recognized Aadhar centre will guide you on the procedure of Aadhar card updation.

There are some basic procedures you need to follow at your nearest Aadhar centre to update your mobile number.

Steps to Update your Aadhar Card:

In few days your new mobile number will be updated in your Aadhar card.

This is the only way to get any information updated in your Aadhar card. Updating information such as name or address may require some documents as proof. An Aadhar is the identity proof of a person, keeping it updated is a need not an obligation.

What are the documents required to update your mobile number in an Aadhar Card?

No, documents are needed to update a mobile number in an Aadhar card, only the biometric of the person is verified. Supporting documents might be needed for changes such as name or address.

Can you update your DOB in an Aadhar Card?

Can we update our Aadhar card on any private Aadhar centre?

No, one cannot update any of their Aadhar card information from anywhere other than a government recognized Aadhar enrolment centre.

Is an Aadhar card a proof of citizenship?

No, Aadhar is a proof of identification not citizenship.

Hey! I am a content writer wiling to research, learn and write about something new everyday.