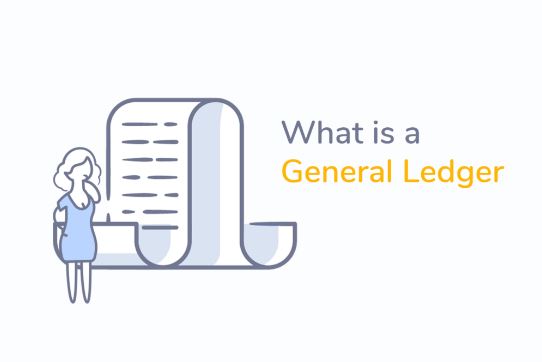 A business is a large institution; various global companies had something or the other as a startup, each of such things when piled up together forms a business story, which inspires a lot of people. However, a business is whatever it is needs some recording. Those records are done in the form of the general ledger. So general ledger can be defined as an act of recording every business transaction, which is arranged in the form of charts, where different accounting informations are recorded, the final thing is done with the calculating the balance sheet.

Although a business deals with a lot of things apart from its primary concern. Which can be explained as a company which sells with bakery, also needs to have an opening stock. The surplus of that opening stock however, all these transactions needs some recording, which is done to calculate the net income or net profit. The very process is called general transaction. Some of the examples of the general ledger are cash account receivable, liability accounts which include accounts payable, customer deposits, and equity accounts of stockholders such as treasury stocks, common stock, other comprehensive income.

What is a General Ledger?

A business is multidimensional, It deals with a lot of things, and in a lot of ways, however, keeping an official record is essential as it is indispensable. General ledger, on the other hand, can be explained as segregating the transaction into a similar nature. This is done because an organization has to go through various transactions every day, and every purchase leads to the double entry system of bookkeeping. The entries which are recorded are called ledgers.

Processes and Classification of Ledgers:

A business institution has many expenses, that is electricity bills, mobile bills or even credit card bills, all these bills when paid say for a month, you may need to know the total expenses of a year. There where come benefits of ledger keeping. You can record them and analyze them with the previous year to compare. The process through which this ledger is recorded is called a double entry system. This is because with every ledger there comes a record of debit and credit, that an amount which comes and goes.

Ledgers are recorded in a tabular form, with a debit and credit column. There is a different kind of ledgers such as expense ledgers which record expenses incurred; purchase account rent account, electricity bills to be paid, and other expenditures. Income ledgers record all sorts of sales, interest received, this type of ledger records all types of income that is earned by the business.

Where capital ledgers record all sort of capital introduction and drawings. Asset ledger, on the other hand, records every sort of assets such as cash, bank, machinery, furniture, and debtors. Other accounts about borrowings, creditors are registered under liability ledger.

The ledgers which are recorded for the business are of different classifications, which are mentioned above, however those ledgers all under a double entry bookkeeping system, which can be defined as an accounting process which records the transaction of business. The reason it is called a double entry system as the balance which falls under debit must be equal to the balance of credit.

The way a company records the expenses, assets, liabilities, shareholders, equity shares all in a complied manner to evaluate the capital structure. It is also used to find out the income statement and cash flows. However, there is a definite process though with the entire balance sheet is done that is known as golden rules of accounting.

Accounting has many sides, and many processes, as the academic scholar’s research a new theory evolves. Such is the case of the decentralized ledger or blockchain technology. Decentralized ledger or blockchain technology is one such process which doesn’t stay or depend upon the central point of control. There is a lack of single authority that makes the system more secure; however, the way through which these blockchain ledges are recorded are the most revolutionary. The system does not rely on the centralized authority that is why the fees which are collected usually are cheaper.

Blockchain is a growing record of which are called blocks are linked by using a process called cryptography. Without any shadow of a doubt, blockchain is a vast inventory. The concept was first proposed by Satoshi Nakamoto, to allow the digital information to be distributed but not copied. It was originally designed to but digital currency and Bitcoins.

There are a lot of things a business deals with, so that is why detailed record maintaining is a necessity. General ledgers are one such primary things used to maintain the records of expenses and incomes of a business.