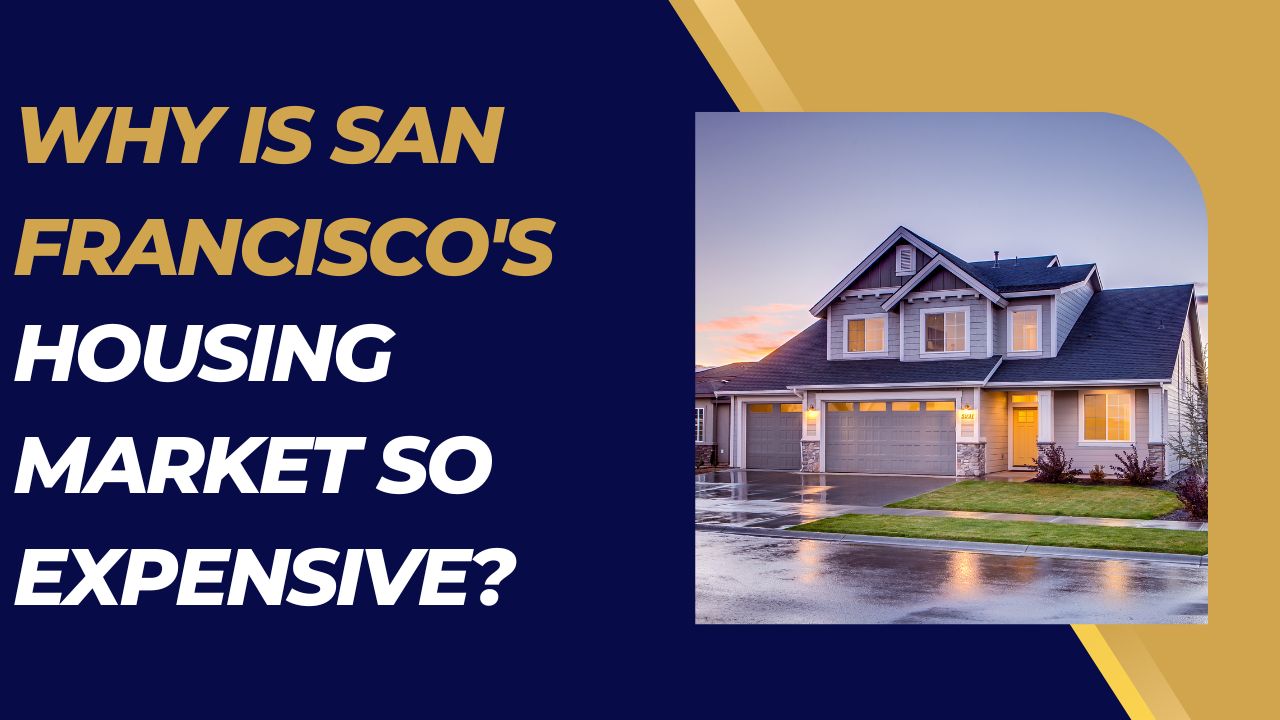 San Francisco’s housing market is notoriously expensive and has been for years. There are a variety of factors that contribute to making it one of the most expensive housing markets in the country.

The High Cost of Living in San Francisco

San Francisco is one of the most desirable cities in the world. It has a unique culture, a vibrant economy, beautiful scenery and plenty of attractions. However, San Francisco also has one major downside – its high cost of living. The city’s cost of living is higher than almost any other American city, and it is known for being one of the most expensive places to live in the world.
Rent is one of the biggest costs associated with living in San Francisco. The average rent for a single bedroom apartment in the city is around $3,500 per month. This is significantly higher than the national average of $1,200 per month. Additionally, the cost of utilities and other basic services is also quite high due to San Francisco’s expensive housing market.

Finally, transportation costs are also quite high in San Francisco. Public transport fares are among the highest in the nation, and the cost of owning and running a car is also quite high due to expensive parking rates and costly insurance policies.

Overall, San Francisco’s high cost of living makes it an incredibly expensive place to live. Despite its many attractions, it may not be the best choice for those on a tight budget.

The Impact of Economic Growth on Housing Prices

Economic growth can have a significant impact on housing prices in San Francisco. When the economy is growing robustly, it creates more jobs and incomes, which in turn leads to increased demand for housing. This increased demand raises housing prices as buyers compete for available properties. At the same time, when economic growth drives up wages, it also increases the ability of buyers to pay higher prices, further pushing up prices.

On the other hand, economic slowdowns can have a negative effect on housing prices in San Francisco. When the economy is weak and job losses are high, it reduces demand for housing, which leads to a decrease in prices. In addition, economic slowdowns reduce the ability of buyers to pay higher prices and this can also lead to a decrease in housing prices.

The Effects of Limited Supply and High Demand

The limited supply of housing and high demand for it in San Francisco has caused a number of economic consequences both in the short-term and long-term.

In the short-term, housing prices have skyrocketed as demand has outstripped supply. This has led to a severe housing affordability problem in the city, with large numbers of people no longer able to afford San Francisco’s high cost of living. This has in turn resulted in a growing number of people leaving the city, or being unable to move there.

In the long-term, this lack of housing supply and high demand could have a number of negative economic effects. As housing prices continue to rise, businesses may be deterred from relocating to San Francisco or expanding operations there. This could lead to a decrease in job opportunities and wages in the city, as well as an overall decrease in economic activity. Additionally, the lack of affordable housing could also lead to a decrease in tourism or investment, further damaging the local economy.

Ultimately, San Francisco needs to find ways to increase its housing supply to match its high demand if it wants to continue to be a thriving and economically viable city.

Government has taken a number of measures to control the housing problem of San Francisco, some of the measures take by the government are:

2. Expand Rent Control: The city should expand its rent control policies to cover more units, including units built after 1995. This would help protect tenants from unsustainable rent increases.

3. Create Incentives for Affordable Housing Development: The city should create incentives for developers to build affordable housing. These could include tax credits, relaxed zoning and permit rules, loan guarantees, and other forms of financial support.

4. Improve Public Transportation: Increasing the availability and affordability of public transportation in San Francisco would reduce the need for residents to own cars, thus freeing up more housing units that would otherwise be taken up by garages or parking lots.

5. Establish Homeless Shelters: The city should create homeless shelters to provide emergency housing for those without a permanent residence. This would decrease the strain on the existing housing supply and help get people off the streets.

6. Strengthen Tenant Protections: San Francisco should strengthen tenant protections to prevent landlords from exploiting their tenants. This could include prohibiting no-fault evictions, capping rent increases, and ensuring that tenants have access to legal services if they need them.

7. Limit Speculation: San Francisco should limit speculation in the housing market by increasing taxes on investors who are buying up housing and leaving it vacant. This would help reduce speculation and encourage more people to buy homes to live in, rather than buy homes as investments.

The Role of Technology Companies in the Market

1. Utilize Accessory Dwelling Units (ADUs): An ADU is a secondary dwelling unit that can be built on an existing single-family lot. These units provide additional affordable housing options in areas where there is high demand for homes.

San Francisco’s housing market is expensive due to a combination of factors, including high demand, limited supply, and the Bay Area’s thriving economy. The city’s unique geography, with its limited land area and coastal location, further restricts the amount of available real estate for sale. The result is a heated and uncompetitive housing market that can be a challenge for buyers and renters alike. Thus, better understanding the dynamics of San Francisco’s housing market is crucial to help create solutions that will lead to more affordable housing options for all.

Click here to know is it a good idea to buy a car on credit card?

Hey! I am a content writer wiling to research, learn and write about something new everyday.

Previous Post What is Amortized Loan? How Does it Work, What are Loan Types & Example?
Next Post How to buy Real Estate in Metaverse?