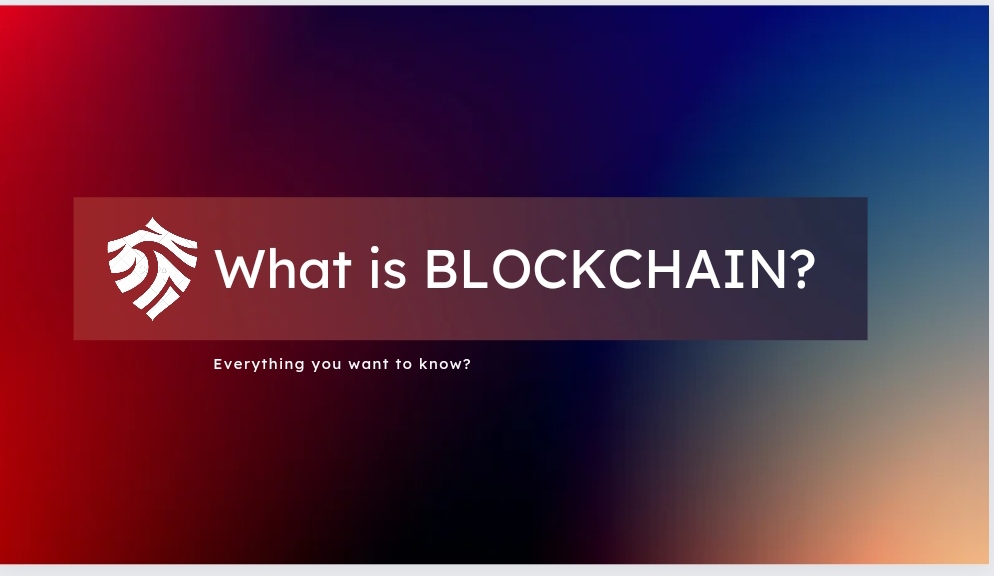 Why is there a need of blockchain?

When we record any information or transaction, there is a risk that someone might change the record or destroy the record.

That’s when Blockchain came to our rescue.

Blockchain seeks to exchange and retain digital data in a way that it could not be edited. A blockchain works as irreversible records of transactions known as ledgers that can never be altered, deleted, or destroyed.

Blockchains are also said to be DLT (distributed ledger technologies).

Now the question remains, is this possible that nobody could edit it?

So, the answer is yes it can be edited when majority of the validators agree, but it is a very difficult and lengthy process, and many a times require huge money.

How does blockchain work?

Blockchains blocks contain data that are linked to each other through cryptography.

Data blocks are chained in a sequential manner once they have been filled with information.

This is done by chaining the completed block onto the one before it.

Except where a majority of the network has approved, it is nearly impossible to go back and change the contents of the block. Each block in the chain has its own unique hash, and the block immediately adjacent to it also has a copy of it. If that data is changed in any manner, the hash code also changes.

If a node operator on a blockchain network tries to alter an existing blockchain to steal everyone else’s cryptocurrency, they alters their own copy. But since it is the only copy, and it does not matches with other copies, the hacker’s version of the chain will be disregarded as fake because when everyone compares their copies to one another, they will discover that this one copy sticks out.

Can this hack be successful in any way?

In order for such a hack to be effective, the hacker would have to simultaneously possess and alter at least 51% of the copies of the blockchain to prove that their version is original they need to show that the majority has the same copy and, thus actual chain is new version.

Such an attack would be exceedingly costly due to the need to rewrite each block because their timestamps and hash codes had changed.

Blockchain helps users get more security from hackers and reduce scams. It is going to be the future as it is transparent, distributed, decentralised.

Ruchi Arora is a writer at trickyfinance covering various topics related to finance and cryptocurrency. This includes the latest news, events, reviews and various other information. Besides writing, she has a huge interest in designing and sketching.